My friend Becky says she's always wanted a vanity license plate  -- if she could figure out how to reduce it to seven or eight letters/numbers -- that expresses, "Man plans; God Laughs!"  Over at Acme License Plate Maker, I mocked one up that at least captures the latter half of the sentiment: 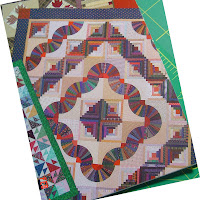 And it's just as well that I have a sense of humor about plans....I've been playing around with my EQ6 (haven't convinced myself to spring for the newer version yet! :-D) looking at the Log Cabins and Fans that constitute my UFO #6....
The original was supposed to look something like this (from the cover of Simple Blocks Make Sensational Quilts by Winnie Fleming):

But I couldn't leave well enough alone and started playing around with the blocks for a different layout.  My "mock-up" in EQ didn't inlcude my colors/fabrics (I didn't want to take the time to make it "scrappy! :-D), but I could see the layout possiblities. 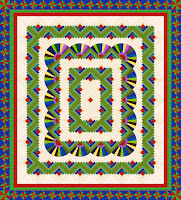 After getting the center of the quilt top assembled, I started working on pinwheels for the border (knowing I was racing the clock to get my UFO done in January!!!) -- and then I laid them out alongside the quilt center -- and it looked terrible.  Booo! EQ is a great tool, but things don't always look in "real time" like they do in the mock up.
So I'm gonna put on plain borders....and I'm putting on the corner triangles... 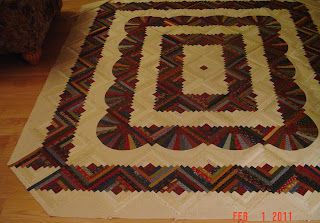 and I see this:
Isn't it funny that you can plan and look and look and plan and never see a block that's outa place!?  It'll be me and the seam ripper this evening, and with a little diligence, the quilt top will be completed today, just one day past the end of the first UFO deadline. 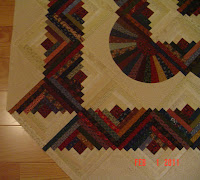 Would I have seen the error if I'd gone ahead with my plans before auditioning the different borders?  Probably not! LOL
I have a dear friend -- an expert quilter! -- who pieced her top, auditioned and attached lovely borders, showed it to family and friends, and hand-quilted the thing....Only to hang it in a quilt show with a large-half-square triangle in a block turned the opposite direction it should have gone!  It was the first time anyone had seen the error!!
Sounds like something that could happen to me!!
I think God gets a kick out of all our planning.  One of Job's friends said, "He thwarts the plans of the crafty, so that their hands achieve no success" (Job 5:12).  (Maybe I was being too crafty today!? :-D)   Solomon had a lot to say about plans.  "Commit to the LORD whatever you do, and your plans will succeed.  The LORD works out everything for his own ends -- even the wicked for a day of disaster." (Proverbs 16: 3-4)  Later in Chapter 16, he writes, "In his heart a man plans his course, but the LORD determines his steps" (verse 9).
I do a lot of planning and list making -- but so many times my direction is changed by a circumstance or choice or, most difficult of all, an out-and-out error.  When plans go awry, I can count on a righteous and loving Father to determine my steps, to guide me in the way I should go.  It's like finding a block turned cock-eyed.  He takes the time to correct me, and make me into something better than I first imagined.
Kinda like log cabins and fans with just the right borders.  And all the blocks turned just the right way!  And UFO #6 marked DONE (just a day later than I'd planned! :-D)
Blessings,

That turned out absolutely gorgeous! LOL about the misplaced block. I don't think there is a quilter out there who hasn't done that!!

Man, we have ALL had tunnel vision from time to time...both in sewing and 'real' life. As much as I hate to unsew, it is easier than reversing some 'real' life tunnel vision mistakes. Thanks for the reminder to slow down, raise the head, and move forward more in tune and aware.

Beautiful quilt and an innovative use of fan and log cabin blocks! Some year, I'm going to try something like that myself...

Yep the best laid plans don't always work out. For me it's usually I'm tired of the quilt and just cop out for a simpler border so I can go work on something new LOL.

This is such a lovely quilt :0)

Your log cabin looks terrific!! I have put together a whole quilt too and didn't notice a boo-boo until I took a photo. By then it was all quilted- done! When I look for it now I have a hard time finding it.

Your corner is a little more noticeable;)

What a beautiful quilt and a LOT of work that went into it. I've sewn things together wrong too many times to count. (And I'd probably be too depressed to keep sewing if I did!) Just be thankful it wasn't in the middle of the quilt - very little ripping required for this error.

Someone once told me "if you want to hear God laugh, make a plan for your life." But over the years I've learned that His plans are the best so why would I bother to plan myself? :) blessings, marlene

I love your quilt. And, you are right about EQ. It is fun to plan and switch things around, but sometimes the real life version just doesn't look as it did on the computer screen. You are getting a lot finished!

"I think God gets a kick out of all our planning"... so do I, Mary Lou, so do I... he LAFFS at us! What a comfort that is. Your logs and fans are beautiful, simply beautiful!

What a beautiful quilt...you did a wonderful job. Isn't it amazing what we can see with the camera...I've started taking pictures of my tops at different stages, I caught goofs before I had to do too much ripping...

Love your quilt!! I am glad I am not the only who turns a block wrong now and again!!

What a beautiful quilt -- and a lovely post, too! Yes, we've all been there, that's for sure. ;o)

Congratulations on your finish, despite a few little troubles along the way!

that's a very pretty quilt! i've never seen this variation before- i'll have to keep it in mind...

I am sure that I am one of God's personal "I need to laugh", people. I know He has a good time watching the things I do and "laffs" at the things I think I need to do. I am good for a "laff". Blessings!

OMGoodness! I just noticed that you are from London, KY! My mom was raised in London! Her maiden name was Tankersley.
Hmm....small world!

Gorgeous! Congratulations on getting it done. 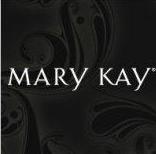 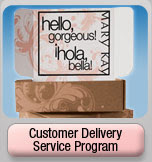 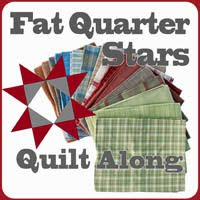 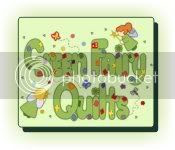